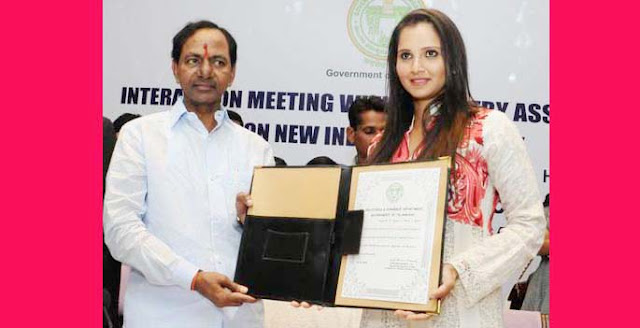 Exactly two years ago, on July 22, 2014, the Telangana government anointed ace tennis player Sania Mirza as its brand ambassador. And on the occasion, she was also handed over a cheque for Rs one crore. The Rs one crore given to her when she was appointed the brand ambassador was provided as a kind of `hand loan' by the Telangana Industrial Infrastructure Corporation (TSIIC), which sources said, is still awaiting a reimbursement from the government. Another Rs one crore was given to Sania separately for her sterling performance in the 2014 US Open by the Sports Authority of Telangana.
Two years down the line, the tennis star has been conspicuously missing from all the flagship pro other major schemes when she was in the city.
When she was appointed, the government claimed the 'Brand Ambassador' of Telangana will promote the new 'state's interests' in India and abroad.
When Telangana celebrated its grammes initiated by the Telangana government. Even if the brand ambassador was busy with international tennis tournaments, the state government, for reasons best known to itself, failed to utilise her services for promotional activities related to tourism, culture and second formation day this June, the TRS government spent crores of rupees for various publicity activities that continued for nearly one month. But Sania did not take part in any of the activities or governmental publicity campaigns. For instance, a section of officials in the government believe that the tennis star could have been a good spokesperson for the SHE teams introduced by both Hyderabad and Cyberabad police for women's protection in the city. While the officials say she was busy with her sport, she was seen promoting her autobiography `Ace Against Odds', both in Hyderabad and Mumbai.
Even in the ongoing Telangana Haritha Haram, which has seen many celebrities including film stars such as Chiranjeevi, Nagarjuna, Allu Arjun, Rana and Srikanth participate, the state's brand ambassador was conspicuous by her absence till late Thursday evening. It was around 7 pm on Thursday that Sania posted pictures on Twitter of her planting a sapling at her residence in the city. Interestingly, her post on Twitter came a few hours after TOI made efforts to contact various government officials and her family to find out about her participation in the tree plantation programme.
The tennis player had, however, participated in the Swachh Bharat Abhiyan, a government of India initiative, after she was nominated by industrialist Anil Ambani in October 2014. But she did not take part in the Swachh Hyderabad campaign taken up by the Telangana government in May 2015 that lasted a couple of weeks.
While states such as Guja rat have used film star Amitabh Bachchan to promote tourism in the state, similar thing has not been done in Telangana by the state government.
“We invited her to Hussainsagar when new boats were launched last year. But we have not utilized her in our publicity material including promotional films as she is an active player. This year we are planning to take her to Laknavaram, Ramappa temple in Warangal district and Nagarjunasagar for tourism promotion,“ Telangana Tourism Development Corporation chairman Pervaram Ramulu told TOI.
Sources in Information and Public Relations (I&PR) department said there is no agreement or a memorandum of understanding (MoU) with Sania Mirza on the role, duties or payments as brand ambassador. “Though we wanted her to take part in the government flagship programmes, she or her family members are generally not accessible to government officers even if she is in the city.Sometimes we just drop the invites at her house. We inquired about her taking part in Haritha Haram too, but her family informed us she was busy with other work,“ a senior official of I&PR department said.
Koride Mahesh: Hyderabad:
TIMES OF INDIA
Share on: Facebook Twitter Google+ Linkedin Technorati Digg LintasMe 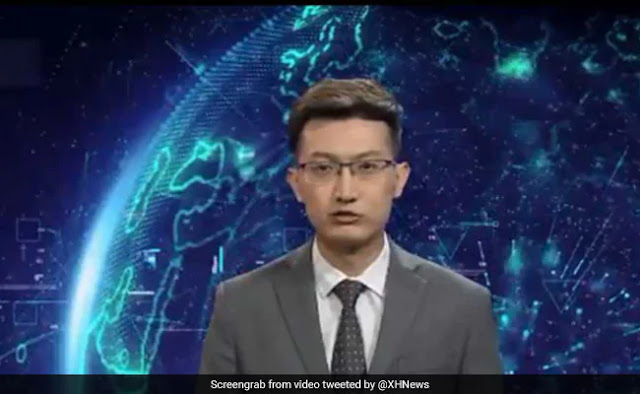